Syronn featured in The Pawtucket Times 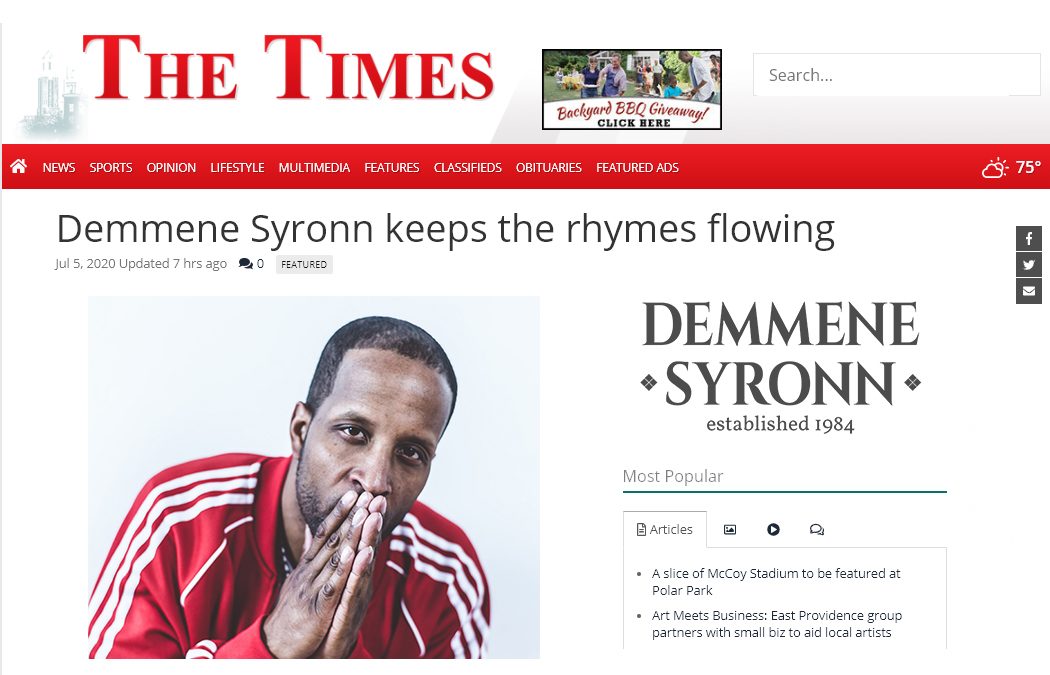 Demmene Syronn was recently highlighted in a story / interview by Rob Duguay in The Pawtucket Times. It’s definitely cool that they’re giving some shine to local Hip Hop artists.

“When he’s not rapping as part of the Providence hip hop duo DirtyDurdie, Demmene Syronn is harnessing his own musical identity. The current Pawtucket resident put out his solo debut album Elevator Pitches on March 23 with producer Beatnik Classics adding to the sounds. Syronn’s rhymes hit hard with a steady flow while the beats are purely infectious. He also has special guests Jolana Porter and Rudy Cabrera on a few tracks and all the recordings were made with Kenny Mercado at the Boiler Room Studio in Providence. Songs like “Hamilton Hill”, “Regular Joe” and “It Takes A Village” highlight a fantastic record that exudes hip hop in its purest form.”

Read the full article with interview